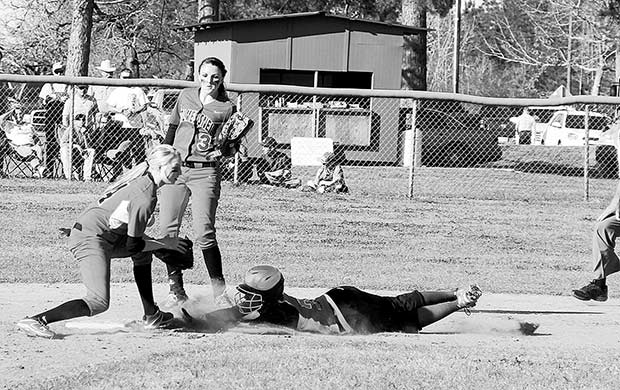 The Yellowjacket and Ladyjacket track teams participated in the Woodville track meet. Over all the girls received fifth place in the meet. Tyra Adair placed first in the 400 meter dash, second in the 200 meter dash, third in the 100 meter dash, third in the long jump, and fifth in the triple jump. Kyrstin Jobe placed second in the 1600 meter run and fourth in the 800 meter run. Kelli Handley placed fourth in the discus. Sara Grimes, Alexis Paire, Kris Kuehn, Matt Eslora, Jay Cowan, and Tylor Giesey also participated in the track meet.