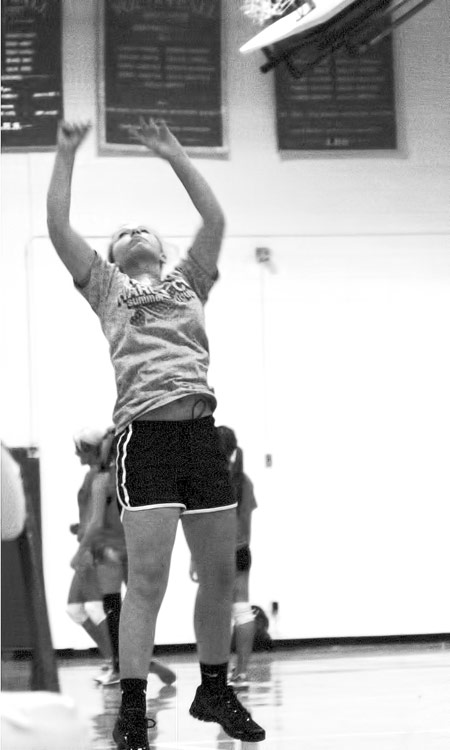 The athletes of Warren High School continued their stream of summer league sports as incoming freshman through incoming seniors competed in a volleyball tournament consisting of teams from Tyler County, as well as other neighboring counties. The athletic program had already had summer league scrimmages in basketball and baseball; however, this was their first week of volleyball scrimmages.

The games took place in the gym of Lumberton High School on July 26. The Lady Warriors played in two matches that were both 30 minutes of continuous play. In their first match they faced the strong Kountze team who came out fighting. Warren had a slow start allowing Kountze to get off to an early lead of 32-14. Meagan Hollingsworth ended a long streak of Kountze points with a great up allowing Kacy Priddy to get the kill. Lauren Foster got the Warriors rolling again and AshlynnWhisneant followed up with the kill. After 30 minutes of grueling play the Lady Warriors fell short losing to Kountze 58-31.

The Lady Warriors came back ready to play as they prepared to face the 3A school of Buna. Both teams fought hard for the first points of the game keeping it close. Hollingsworth put together a streak of seven straight serves to give Warren the early lead of 10-5. Buna would make a comeback which gavethem a one point lead bringing the score to 23-22.Buna would then begin to break open the lead with 10 unanswered points. Finally, the excellent defensive play of Whisneant would put a stop to this streak and give the Warriors a little more momentum. The Lady Warriors put up a solid fight, but it would not be enough in the end as they fell short, 49-38.

The Lady Warriors lost nine seniors last year so this is our first look at the face of the new up and coming team. The team will also be under the direction of a new head coach, Lena Daws. The team will start their two-a-day training on August 6 and hope to make this a great season.