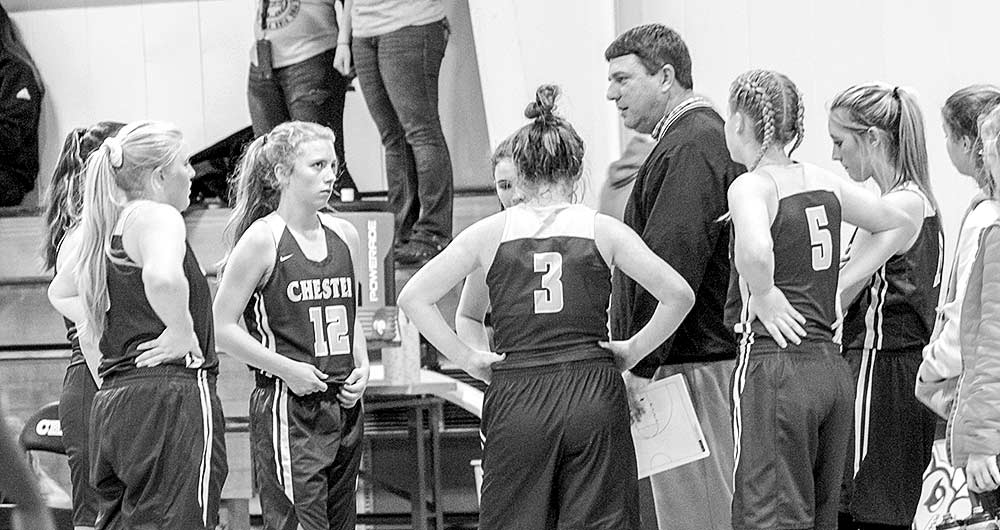 CHESTER – The Lady Jackets played their first basketball game of the season in Chester on Tuesday, Nov. 13 against the Timpson Lady Bears. The Lady Jackets worked hard this first game, focusing their efforts on effectively running their offense and breaking the press.

The Lady Jacket basketball team fell to Centerville on Friday, Nov. 16 by a score of 14-32. Rayburn was high point with five points. Handley and Mitchell each scored four points, and Overstreet sunk a free throw.

The varsity boys basketball team played their first game of the season on Friday, Nov. 16 against the Centerville Bulldogs. J.T. Martin, J.D. Clarke, Jake Pitre, Austin Jerkins, Braydin Davis, Carsyn Whitworth, Luke Read and Kaighnen Green are playing on the varsity squad this season. Clarke led the Jackets with 12 points. Davis and Whitworth each scored two points, and Martin scored a free throw. The boys fell to the Bulldogs 19-51.

The girls and boys teams will be at home on Tuesday, Nov. 27 as they host the Brookeland Wildcats. The girls game begins at 6 p.m., with the boys game to follow. Both boys and girls will compete in the Apple Springs Tournament on Thursday, Nov. 29 and Saturday, December 1. Opponents and game times not available at press time.

The junior high teams hosted the High Island Cardinals on Monday, Nov. 12. The high girls won their game and showed great promise for the upcoming season. The junior high boys came up short and lost to the Cardinals.

The junior high boys and girls will play at home on Monday, Nov. 26 against Good Samaritan Fellowship. The girls game tips off at 5 p.m., with the boys game to follow.