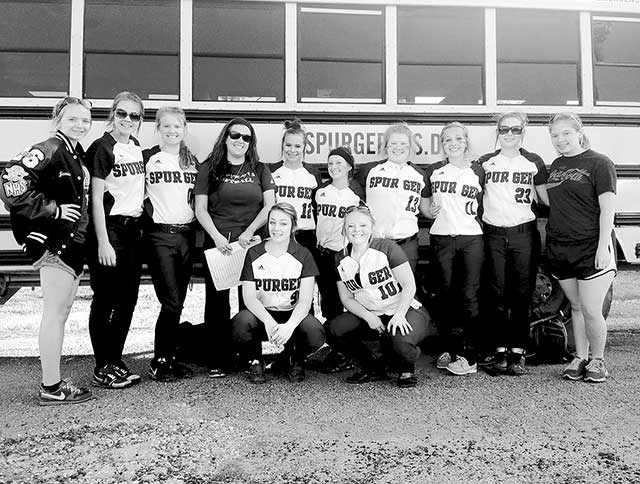 On Saturday, April 5, the Spurger Lady Pirates traveled to West Hardin to compete in a softball game. The last time the girls played one another, the Lady Oilers made it a brutal beating for Spurger, but the Lady Pirate's defense did not allow history to be repeated.

With high hopes of changing the outcome of the previous match up, Spurger came out ready to play. To start the game off, pitcher, Breeann Ratcliff, was bringing the heat. Although West Hardin got hits off of her, Ratcliff struck out seven of her opponents. Not only was the pitching spot on, but both infield and outfield were working the field. Second basemen, Hailee Hyatt, and third basemen, Shania Peavy, caught several line drives and worked with the infield to create more outs. Angel Kennedy ran the centerfield when she caught crucial pop-flies sent her way for outs. Kate Loechel had outstanding defense throughout the game. She was hit pop-flies and line drives, and managed to never drop a ball the entire game. Not only was the defense good, but Spurger had a few good swings, such as Jamie Shumake getting a good hit. Although the score resulted in a loss for the Lady Pirates, they kept the game a close one and were very proud of their 6-7 score.