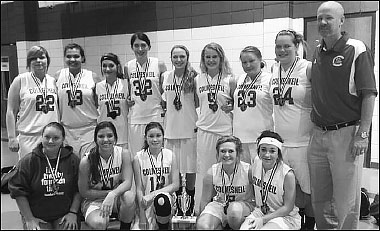 The Colmesneil Varsity Lady Dogs placed first in the Burkeville Tournament after beating Burkeville 59-27, Leesville 41-36, Good Samaritan 42-9, Hemphill JV 60-20, and Jasper JV 49-11. “Taylor Barker and Treasure Jackson played very well in this tournament,” said Coach Patrick Sluga. The team’s non-district record is now 7-0, and they have been ranked 24 by the Texas Association of Basketball Coaches. The Lady Dogs will play again at Angelina College against Pineywoods Academy, along with the varsity Bulldogs, on Tuesday, November 3 at 5:30 p.m. 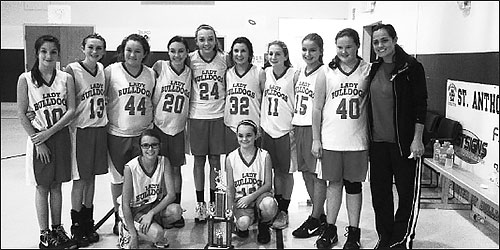 The Colmesneil Jr. High volleyball team competed in the Saint Anthony’s Catholic School Tournament and won the Consolation Championship. The Lady Dogs beat Marshall, but lost against Saint Mary, putting them against All Saints for the consolation match. The girls pulled through and won 21-20. Nature Jackson made the All-Tournament team at the tournament. The Lady Dogs will compete again on Monday, November 2 at West Hardin, along with the Jr. High boys. Games will begin at 4:00 p.m.