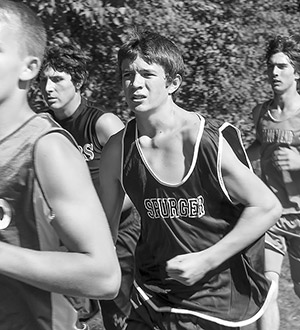 On November 2, the Spurger Pirate's varsity cross country team competed in the regional race hosted in San Antonio. Although the Pirates did not advance to State, they did very well.

The race consisted of 176 runners and over 20 teams. Of those runners, all of Spurger's runners were within the first 150 runners. Senior, Dave Pilgreen, placed the top of the Pirates in 28th. Robby Clark was next placing 79th, followed by Cory Hyden who made it in 90th. Javen Fonteneau came in at 106th. Coltyn Simon was next in 112th followed by Jentry Jordan in 125th. Finishing up for the Pirates was Caleb Winkle in 145th. As a whole the team placed 13th.

Spurger Pirates basketball will have their first scrimmage of the season on November 9 at 12 noon in Spurger. They will be playing one half against Kirbyville and the other half against Warren. The players are very excited about the season to come.

Email:This email address is being protected from spambots. You need JavaScript enabled to view it.