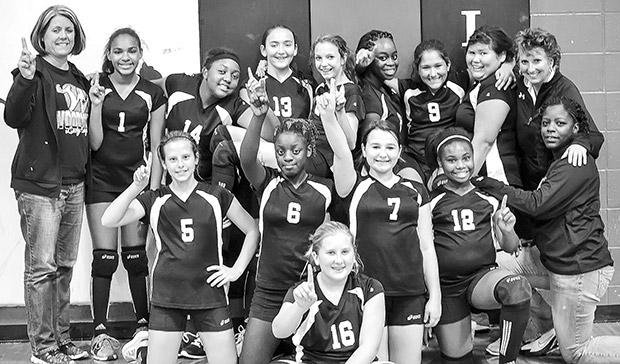 Coach Sherry Ivey was impressed how the girls have improved on basic skills and overall knowledge of the game. "My team has become more confident in their abilities. They have improved tremendously in playing the game and not overthinking." The Lady Eagles finished the season at 9-2 and 7-2 in district. Earlier this season, Woodville won the Huntington Tournament for the other two victories. The Lady Eagles will host the Huntington Lady Red Devils in basketball on Thursday.

Due to weather last week, the sub-varsity football games versus Warren were rained out. The varsity lost 25-12 to the Warriors. This week Woodville will host Newton Friday night at 7:30 p.m. The middle school will kick-off Thursday at home and the JV will travel to Newton.