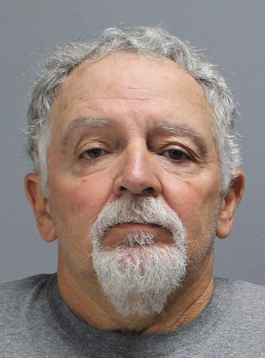 TRINITY COUNTY – A Colmesneil man was arrested by the Texas Rangers last week in Tyler County following an investigation in Trinity County.

Kenneth Duane Davis, age 62, was taken into custody last Wednesday and booked into the Tyler County Jail. According to Sheriff Bryan Weatherford, Davis’s arrest was the result of an ongoing investigation by the Rangers, which resulted in a first-degree felony charge of continuous sexual abuse of a child. The indictment outlining the charge was handed down in Trinity County.

Tyler County Pct. 1 Judge Trisher Ford set Davis’s bond at $300,000 and he was extradited to the Trinity County Jail in Groveton on Friday, Aug. 21. He later bonded out that afternoon.

Davis is currently serving on the Colmesneil City Council and is up for re-election in the November general election, however he did not draw an opponent.

A representative with the city said he had not turned in a resignation as of Friday. According to Texas Municipal League rules, a sitting councilmember can either resign his/her position in the event of a criminal investigation, or the city can take the official to court for a judge to decide the outcome. The third option depends on the outcome of a trial.

If convicted, Davis faces a sentence of up to 99 years and a minimum of 25 in the Texas Department of Criminal Justice.