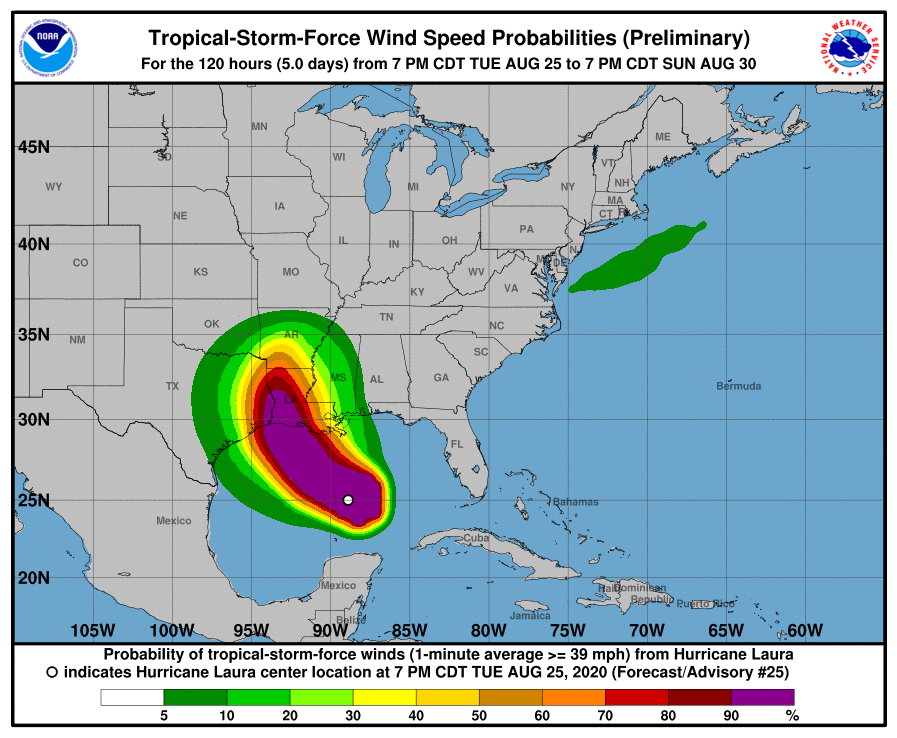 TYLER COUNTY – County Judge Jacques Blanchette no doubt encapsulated the thoughts and prayers of many in the region on Monday morning. Before tackling the agenda for that morning’s commissioners court meeting, Blanchette gave a simple, one-sentence invocation, which asked God to have mercy on the people.

Whether Blanchette was referring to two unwanted guests named Marco and Laura or not, the storms have likely produced an uptick in prayerful energies. According to the National Weather Service on Monday evening, Marco had weakened quickly and was not expected to cause any weather problems in the region. Laura, however, was projected to make landfall between Southeast Texas and south central Louisiana as a category two hurricane late Wednesday or early Thursday.

Jefferson and Orange counties posted mandatory evacuation orders effective on Tuesday morning, and with US 69 as an evacuation route, there was a large increase in traffic through the county.

“Everyone should be preparing for a category three hurricane due to the typical hurricane forecast errors, especially when it comes to wind speeds,” stated an NWS news update.

The five school districts in the county have been closed for the week, and athletic events that were scheduled have been cancelled or postponed.

Forecasting for Laura has been unpredictable since tracking began, but the county’s emergency management team suggested for residents to exercise a position of readiness in the event of a disaster. According to the Office of Emergency Management, the areas in Tyler County most likely to be affected are Woodville, Fred and Warren, with the wind being the factor to watch out for, with gusts of up to 90 mph predicted for Wednesday evening until Thursday afternoon.

The possibility of a destructive hurricane in the region comes on the anniversaries of two other devastating events for the region: hurricanes Alicia (in 1983) and Rita (in 2005.)

Please follow the Tyler County Emergency Management and Tyler County Booster Facebook pages for updates as they are available.