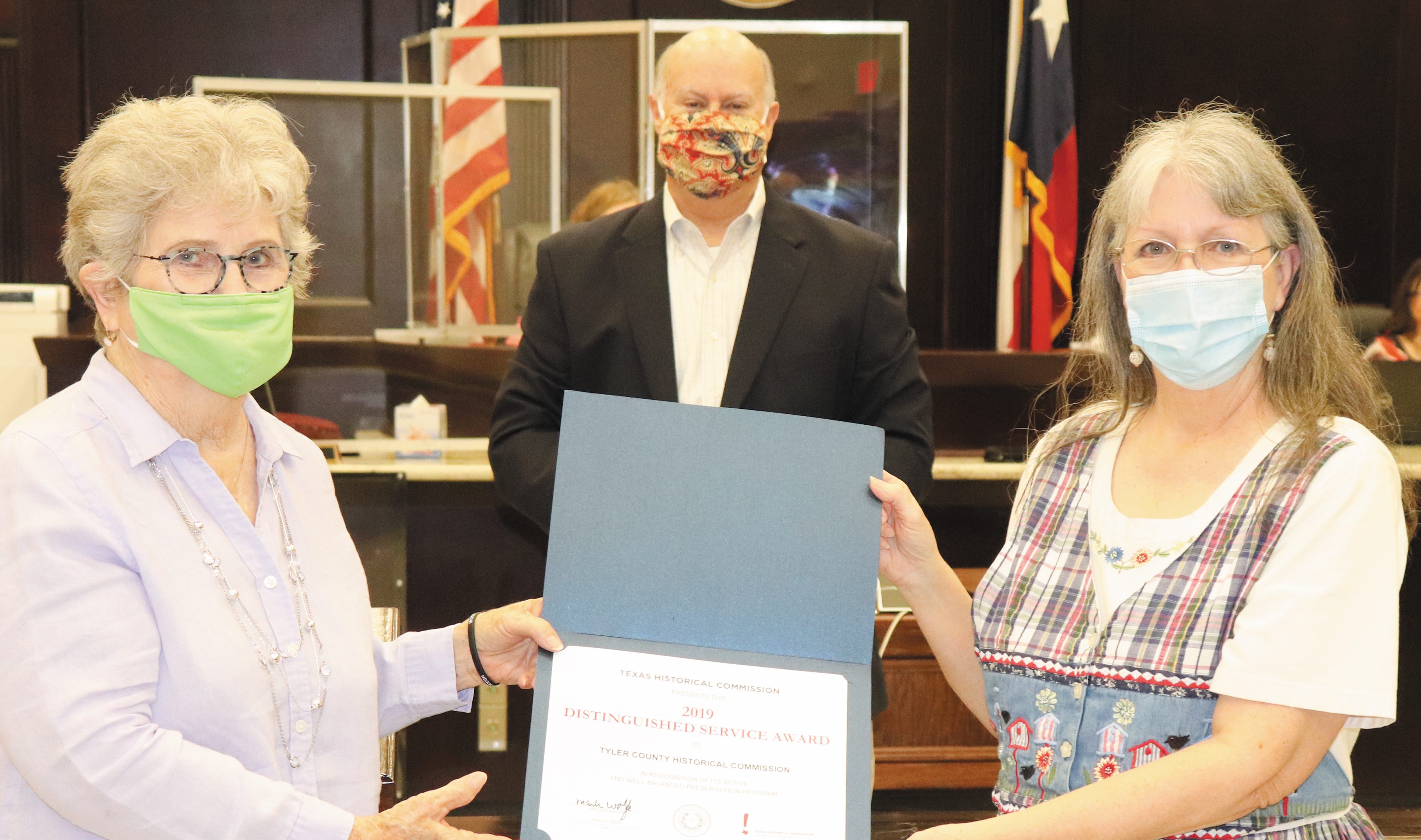 WOODVILLE – Tyler County Commissioners voted Monday to accept an offer from the Texas Historical Commission to extend the deadline for the remediation requirements on the courthouse project.

The agreement was signed between the county and THC last year in order to resolve a dispute concerning several modifications made to the courthouse by the county between the years 2015 and 2018 during the ongoing restoration project.

The original agreement provided a 24-month timeframe, or by March 31, 2021, for the county to fulfill several measures required by THC, at the county’s expense. The new deadline for the requirements is Dec. 1, 2021.

County Judge Jacques Blanchette said the offer from THC was due to the ongoing pandemic response and setbacks due to it.

In another agenda item pertaining to the ongoing courthouse project, Blanchette had originally expressed the desire to resign from the steering committee. “I think the committee has done an amazing job in keeping up with all of the responsibilities,” he said, but added that he felt a need to step away if the work did not continue to progress.

Ultimately, Blanchette withdrew his intention to resign from the committee at Monday morning’s meeting of the Commissioners Court.

The county Commission’s Mary Nell Rainey spoke about the work the group is doing and spoke of the thoroughness of chairman Bob Morris.
According to the THC’s website, the county historical commissions which have received the award “document well-rounded programs that preserve and promote Texas history.”

Hudson said the electrical and plumbing work has been mostly completed, and there is sheetrocking and painting work to commence soon. “Hopefully by next several weeks” the building will be ready, Hudson said. He added that since the work has begun it is moving along quite well.

Since the flood, the tax assessor/collector’s office; the Department of Public Safety Driver’s License office and State Representative James White’s office have been temporarily located on North Charlton Street in the same suite of offices that houses the adult probation office.