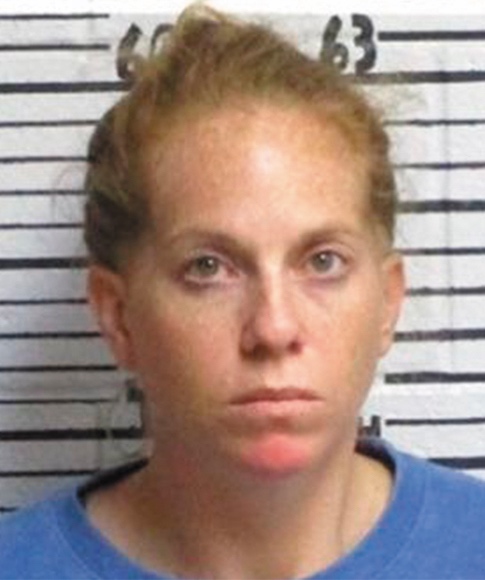 TYLER COUNTY – The Tyler County Sheriff’s Office is seeking the public’s help in locating a Tyler County woman who is wanted on several charges, and Crime Stoppers is offering a reward for anyone who can help TCSO locate her.

Kaci Leane Andrus, a 36-year-old Colmesneil resident is wanted on five warrants for charges ranging from burglary of a building to tampering with physical evidence. According to a news release from Crime Stoppers, investigators believe that she frequents flea markets in the region as a seller – from Angelina to Mongomery counties and from Tyler to Jefferson counties.

She was most recently arrested in Tyler County in January, when she was booked into the jail for burglary of a building and criminal trespass charges.
Crime Stoppers is offering a cash reward to any anonymous tipster who can help law enforcement locate Andrus. According to the Crime Stoppers website, anyone who sees a suspect should never attempt to apprehend them. “[D]oing so may be dangerous and Crime Stoppers will not pay a reward to anyone involved in such action,” the website states.

If anyone knows the current and exact location of Andrus, they can visit 639TIPS.com to submit a tip or download the Crime Stoppers app. Tipsters can also call 936-639-TIPS. All tips and call to Crime Stoppers are anonymous and an anonymous tip that leads to an arrest might be eligible for a reward.