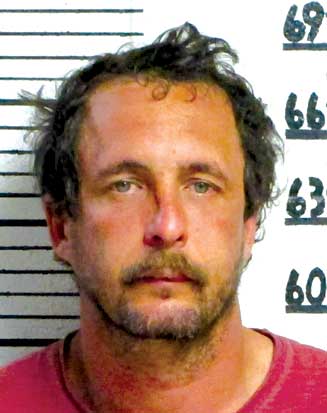 Michael Clint Wallace, Jr.WOODVILLE – A Tyler County jury sentenced a Hardin County man to 70 years in prison last week for the charge of Continuous Sexual Abuse of a Young Child.

Michael Clint Wallace, Jr., a 42-year-old man from Honey Island, was found guilty of the charge, a first-degree felony, after the jury deliberated for approximately 15 minutes. The trial began on Monday, April 15 and continued through Wednesday afternoon. District 1A Judge Delinda Gibbs-Walker presided over the trial at the Tyler County Courthouse.

The conviction stemmed from a charge made in 2014 following an investigation by the Tyler County Sherriff’s Office, according to a news release from Sheriff Bryan Weatherford.

The charge covered a range of time from 2009 until 2014 and incidents that occurred in both Hardin and Tyler counties. The state Attorney General’s Office, which prosecuted the case, produced a witness who testified that Wallace assaulted them as a child. For his defense, Wallace was represented by Bob Mann of Woodville and Henry “Bugs” Coe of Kountze.

Wallace is currently in custody at the Tyler County Jail while he awaits transfer to a Texas Department of Criminal Justice facility.

Weatherford said his office will continue to work with Tyler County District Attorney Lucas Babin in the investigation and prosecution of sexual offenses and child abuse. “The crimes have lingering effects on survivors and their perpetrators will be held accountable to the fullest extent of the law,” he said.