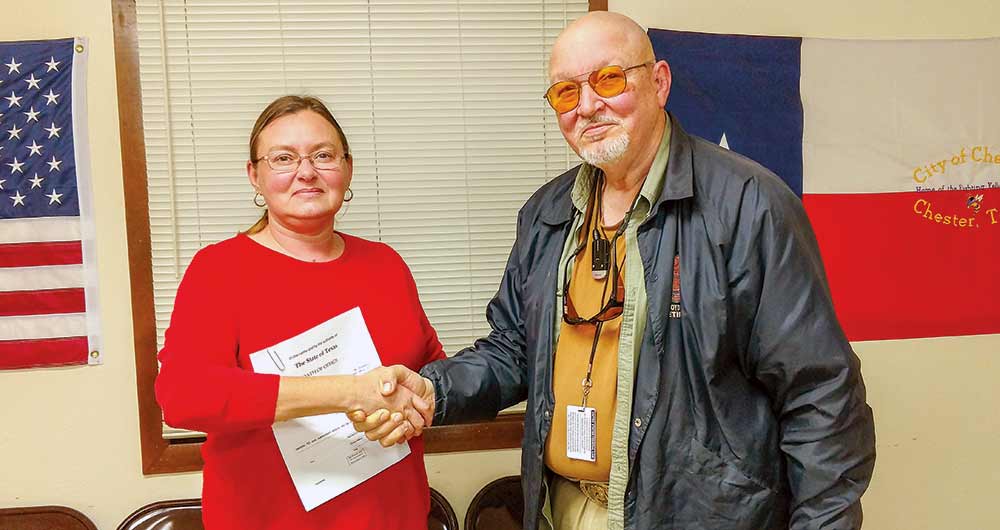 The long-debated purchase of a credit card machine was settled after Hickman gave the results of her research and recommendation that it was “not feasible” for Chester. Petri concurred, and the council unanimously voted against the purchase.

Petri forwarded a request from the Tyler County Amateur Radio Association for use of the city park two times a year to host their field trials, a critical exercise in their emergency preparedness.

The TCARA also requested to buy and put up a flag pole that will fly a flag and then be used to hoist a radio antenna during exercises.

Petri, as mayor, was the city emergency coordinator, a long-time licensed radio operator and an active TCARA member. This will increase the city’s use of the park as well as the city’s preparedness. Council unanimously approved permission.

City Director of Public Works Dale Clamon reported that a relay went out on the lights at the city park, and he would be replacing it soon.

Other Business
• The past due accounts list was the shortest in a long time, and Hughes affirmed the direction the city was going.
• The minutes of the previous month’s meeting, as well as the financial report, were passed unanimously.