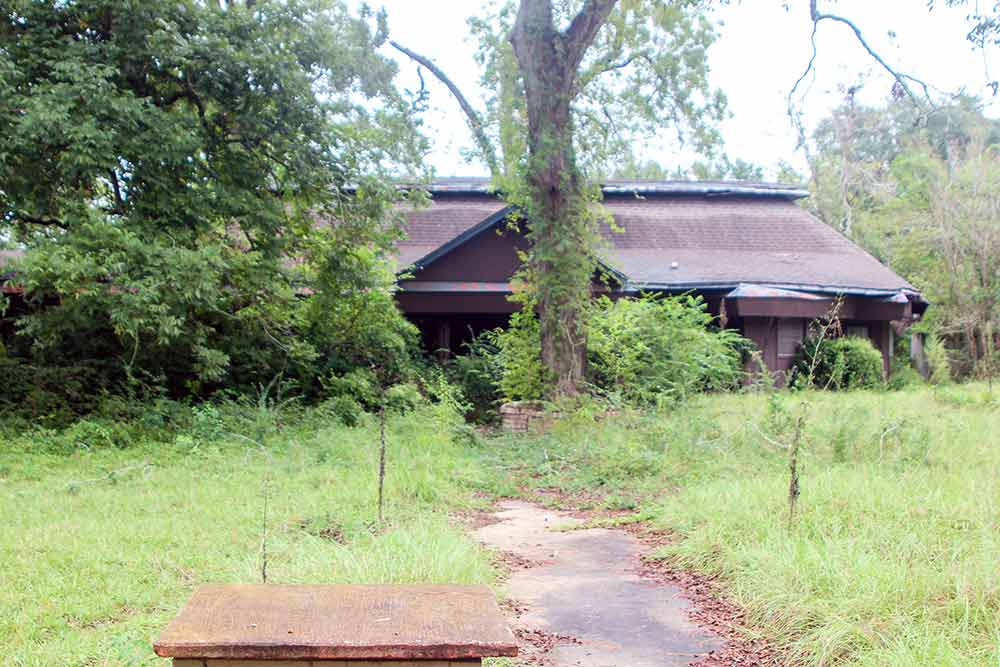 Vacant structures such as this one have drawn attention and complaints from many Woodville residents. ICHRIS EDWARDS | TCB)

WOODVILLE – The old idiom about one man’s trash amounting to treasure in another’s eyes is not applicable for many Woodville residents and their views on several properties within the city limits.

One of the most common complaints received by city employees (as well as at the Booster) pertains to unkempt properties which likely harbor nuisance. “People complain about this a lot and talk of neighborhoods needing ‘cleaned up,’ but it is a process,” Woodville City Administrator Mandy Risinger said.
According to chapter 34 of the city’s by-laws (a chapter pertaining to health and sanitation matters), under Article III which addresses the condition of premises, the city forbids any person to have an accumulation of stagnant water or of carrion, filth or “unwholesome matter” on a piece of property owned by that person within the city.

"The section also states it unlawful for property owners to “allow weeds, rubbish, brush, non-operable automobiles or any other unsightly, objectionable or unsanitary matter to be, accumulate or grow on the lot.”

“In the more extensive cases, the process can take from six months to several years. We have one property that I have been working on since I came to work here seven years ago, but the specifics of the case have made it difficult to abate,” Risinger said.

According to the by-laws, the process the city undertakes in order to address such situations is as follows: a notice is issued to the property owner with a 10-day window to remove or remedy the conditions. If the owner fails to comply within the time period, “the city may do whatever is necessary to remove or remedy the condition, or cause the work to be done,” and the expenses incurred in the process go to the property owner. However, as Risinger noted, although the ordinance clearly states such, the city rarely receives any reimbursement or recoups any of the expenses in abatement and cleanup cases.
Risinger said a factor to consider is that Woodville has no on-staff code enforcement officer. “Unfortunately clean up and code enforcement sometimes take a backseat to other full-time duties and responsibilities,” she said.

“Despite the authority and responsibilities laid out in our ordinances, state law prevails over these proceedings and so we contract out for inspections and reports of the physical condition of properties.”

Most of the complaints about overgrown yards are typically made in the summer and warmer months, Risinger said. “Trash and junk complaints typically come in the winter months when the vegetation dies off and the weather is bad,” she said.

In the chapter of the city’s by-laws pertaining to dangerous structures, it states that all unsafe buildings declared as such shall be abated by repair, rehabilitation, demolition, or removal in accordance with procedures provided in the text. These provisions, according to the text, are enforced by the city fire marshal.

Part of the problem, according to Risinger, is many of the structures drawing complaints are vacant homes. She estimates 90% of them fall into this category.

One Woodville resident who voiced concerns to the Booster about several properties said it was “disrespectful” to some past leaders (e.g. Judge Josiah Wheat) for whom streets are named with such properties.

Visible as the problems might be, it ultimately comes down to resources. Risinger said the cost of abatement for a nuisance property is approximately $20,000 for a 1,000-2,000 square foot structure with no asbestos abatement, and then there is clearing and cleaning the lot. “Then you begin annual battles and notices for mowing and lot maintenance,” she said.

“Sometimes this process becomes a vicious cycle,” she said.