WOODVILLE – In an effort to save taxpayers money and to help with up-front costs on projects, Woodville ISD is seeking approval to refinance its existing tax maintenance notes.

The existing bond of $2,355,000 was issued in 2018 to pay the up-front costs of the renovations to the Woodville High School campus HVAC system and its roof.

The conditions of the possible refinancing will reduce the length the district has to pay out the remaining notes by nine years, and will save almost $345,000 in interest costs, according to WISD Superintendent Lisa Meysembourg and Assistant Superintendent/Director of Finance Cody Jarrott.

“It’s not just that we save taxpayers that money, but that we can pay it off in four years,” Meysembourg said.

If it passes, the refinancing of the tax maintenance notes will reduce the length of the note from 13 years (without refinancing) to four, if approved by the taxpayers.

The go ahead to pursue the refinance was given by the WISD Board of Trustees at a recent special meeting, and the possibility has been the topic of discussion at regular board meetings as of late.

“The main reason is the interest savings to the taxpayer,” Jarrott said. Currently the district is paying 3% and higher interest rates. With refinancing, that rate could drop to 2% or lower, depending on the market.

With the proposal, the school property tax rate will not increase, if it is approved by the voters. The rate will remain the same as the prior year, which is $1.085 per $100 of taxable property ($0.97 for M&O and $0.115 for I&S.) Meysembourg said, however, that the rate could possibly decrease due to the tax reduction efforts made by the Texas Legislature.

Meysembourg wanted voters to know that ballot language and legal requirements will require that a statement be printed on the ballot that the proposal will result in a tax rate increase but said that is not the case with WISD’s proposal.

According to figures presented by Meysembourg and Jarrott, if the proposal is voted down, the total principal and interest paid by the district will amount to $2,591,568, over a course of 13 years. With the refinance, the period of payment would be abbreviated to four years, with payment complete in 2024 to the tune of $2,247,825, with projected savings of at least $343,743.

Meysembourg said that she plans to host a series of informal meetings with taxpayers in the district to answer any questions they might have.
Election day for the chance for voters to vote yes or no to the proposal is on May 2, with early voting on April 20-24 and 27-28.

WOODVILLE – The Colmesneil ISD Board of Trustees named Eldon Franco as the district’s lone finalist for the superintendent position.

Franco, who currently serves as the superintendent of Cherokee ISD, and has since 2016, was present at Monday night’s board meeting with his wife Carrie. “Thank you for the vote of confidence. I’m excited to be here, and excited to be part of a great district,” Franco said.

Franco said he is looking forward to doing what he can to encourage faculty and staff and build on community relations. Franco has also served as a principal at Silsbee, Corsicana and Kountze ISD.

Announcing Franco as CISD’s lone finalist was not the only personnel matter the board approved when it reconvened in regular session after a lengthy closed session.

Additionally, the board also voted to add the position of instructional coach to the elementary faculty beginning next school year.

Bond refinancing discussed
During the first half of the meeting, the board approved an order to go out for refinancing the district’s existing bonds. Assistant Superintendent Sharon Tule said the information about refinancing was on the agenda so that the district could look at getting a better interest rate on its existing bond date, as well as saving money.

Lewis Wilks, managing director of US Capital Advisors, spoke about the refinancing options available to CISD. The district has $1,040,000 in bonds which were issued in 2011. The bonds are now coming up to be callable on Aug. 15 of this year and can be refinanced up to 90 days prior to that date. Wilks said that if refinanced, the district could possibly save 5.67% with lower interest rates.

The current market is about 2.13% interest rate, while CISD is currently paying its bond notes at 4%. Wilks said the possible interest rate with refinancing is a projection, and will likely be lower with the trend in the market.

CHESTER – Chester Mayor Floyd Petri led the passing of their “Second Amendment Education Ordinance” at their regular meeting Monday evening, March 2 that had been deferred from the previous council meeting for the members to review.

The ordinance was a “defensive measure” said Petri, to protect citizens should any be sued or otherwise burdened. As written, it is “intended to educate anyone” on the amendment’s true meaning of “right of the people to keep and bear Arms” that “shall not be infringed.” Including definitions, it clarified that the Second Amendment of the Constitution was not merely about “hunting and self-defense” but to “keep the Federal Government under control by the people” and if necessary, a well-regulated militia for the “security of a free state.” It stressed that any lawmaker, senator, or representative that submits any legislation on “gun control” or “illegal seizure” of a gun “not used in a crime” will be considered a “violation” of the lawmaker’s “oath of office,” and it therefore asks that that lawmaker “be impeached and removed from office.” If that cannot be done, the ordinance asks for a recall election.

A motion was made, seconded, and all present voted to pass the ordinance.

New Chester resident Robert Poynter was present and voiced his support for the ordinance yet spoke to how it was regrettable to have such conversations. Poynter was also present as chaplain for the organization Oath Keepers, a group of former and current law officers, military and first responders, that supports the Bill of Rights as “inalienable,” even “from God,” he said.

Poynter brought a concern about the holes in the side streets. Petri canvased the council members, City Secretary Annette Hickman, and Director of Public Works Dale Clamon on granting citizens material to fill street holes on their own. Given that the city has no employed street crew, and with the affirmation of the council and employees, Petri granted Poynter access to the material for him to fill holes in the street himself, and Petri further granted other citizens the same access “if they ask first” Hickman or Clamon, that is, if they ask the city “first.”

Petri asked Kimberly Glawson to come forward, and he awarded her a certificate of appreciation from the city for her contributions to the city’s and county’s citizens. She is president of IServe365 that helps people in several counties with all kinds of material aid. Poynter even reflected upon her recent help to his home. And she gave the city that evening a large box of Duracell batteries.

Petri asked Clamon to come forward, and he gave Clamon an Employee of the Month Award.

Petri informed the council on a gathering called by Tyler County Judge Jacques Blanchette for all mayors, hospital administrators, and school administrators on Mar. 4 at the Nutrition Center to help pass the word on the county’s readiness and plans should the Coronavirus become a threat here. Petri plans to go and will keep the city informed.

In regular business, the council passed the minutes of the previous meeting and the current financials. Councilman Doug Hughes, as designee for past due accounts, supported the lock-out of meters of past-due accounts, and Petri requested that the order of lock-out should start with those with the greatest delinquency.

WARREN – Warren ISD administrators gave a series of reports which spoke to a variety of goals set forth by the school board, for the district’s respective campuses. One piece of information that was presented, a property value study for taxpayers in the district, raised concerns and questions.

The report, delivered by David Luther, the county’s chief appraiser, stated that values of properties in the district amounted to a discrepancy, which resulted in the property values in the district falling into the state’s assigned values from the comptroller’s office.

Warren ISD is the only school district in the Region 5 area of service to receive such a designation.

“If we are not able to change [the state-assigned values] rather than what our local property values are, then we lose the money,” said the district’s chief financial officer Terry Ling.

Ling said that if the district is unsuccessful in getting the appraisals back to the local values, a reappraisal would be necessary.

Luther said if an appeal is unsuccessful, the district will “have to make some big decisions.” Luther said the amount of the discrepancy to get the values where they need to be is about $13 million.

Luther said a law firm, Perdue Brandon Fielder Collins and Mott, LLP, has been brought in to help work out an appeal. The firm also specializes in collecting delinquent property tax revenue.

For the individual campus reports, given by Warren ISD principals, all four administrators shared the goal of getting attendance numbers up, as well as improving upon academic performance. As for the former goal, several of the principals attributed recent attendance drops to the cold and flu season.

Both Robyn Glosson and Katy Hicks, the principals of Warren Elementary and Fred Elementary, respectively, said they had implemented a variety of incentives to keep their students’ attendance levels up, such as pizza parties and other activities.

Warren High School principal Jimbo Swinney said that on his campus, he and faculty members are engaging in “more intense, in-depth tracking of our students.” Swinney added that he is working on getting the percentage of college/career/military ready students up.

He said he is measuring all high school students’ metrics toward the readiness goal, but counting the seniors, which are currently at 64%. He said the goal for WHS in college/career/military readiness is 75% minimum.

To that end, Swinney reported that a myriad of opportunities have been implemented, or are coming, to WHS. Career training workshops and classes, which range from pesticide application training to culinary arts either are, or will be available.

Other Business
In its “Tribe Tribute,” or employee of the month, recognition, the WISD Board of Trustees recognized long-time district employee Sherry Mitchell, and Superintendent Dr. Tammy Boyette congratulated Mitchell for more than 50 years of service. 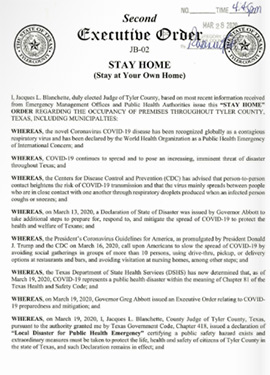 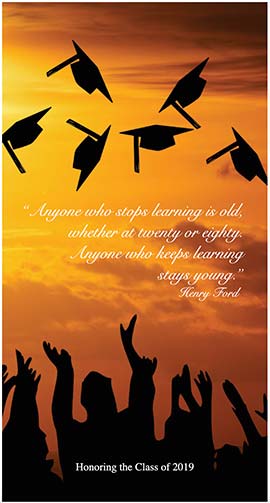 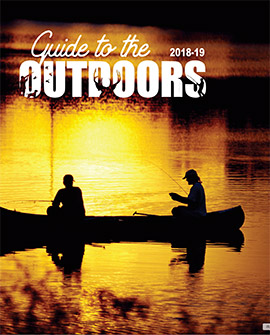