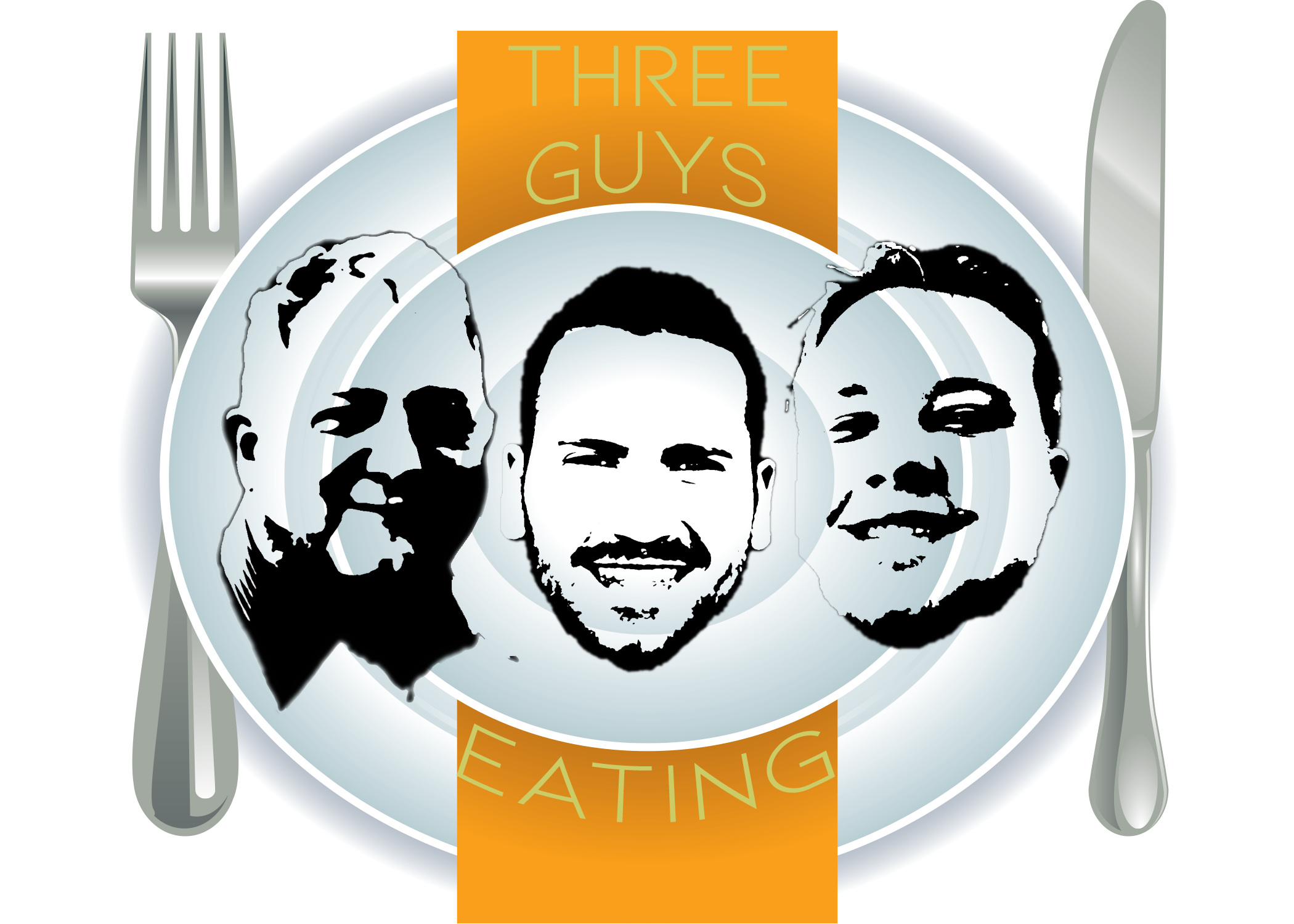 Week numero dos in this series that chronicles the adventures of, well, three guys eating, finds them posting up one afternoon at Colmesneil’s venerable Burger House.

The Burger House is the sacred cow (heh heh) of burger joints in the region, but time will tell as to whether or not it offers up the best in burgers.

This week, Caleb and Chris were joined by a guest judge. The third guy (Jeff Fatheree) was out on vacation, so Mike Rastatter, a Pennsylvania transplant to the pineywoods under the employ of Woodville Pellets, was on hand. For Mike, it was quite an enjoyable experience as he has not enjoyed a good burger since before the pandemic changed everyone’s lives.

Everyone involved had a most excellent time and enjoyed some of the restaurant’s legendary burger goodness, especially Mike who concluded the afternoon’s gluttony with “you can’t go wrong no matter what burger you choose here.”

The first sammich up to be put before the three guys’ critical tastebuds was the establishment’s monstrous house specialty: The Bulldog Burger. This work of hamburger art, which Chris referred to as “the eighth wonder of the modern world,” features two meaty patties, bacon, jalapenos, an onion ring, cheese, ranch dressing, etc., etc. It weighed in at a colossal 25 ounces. 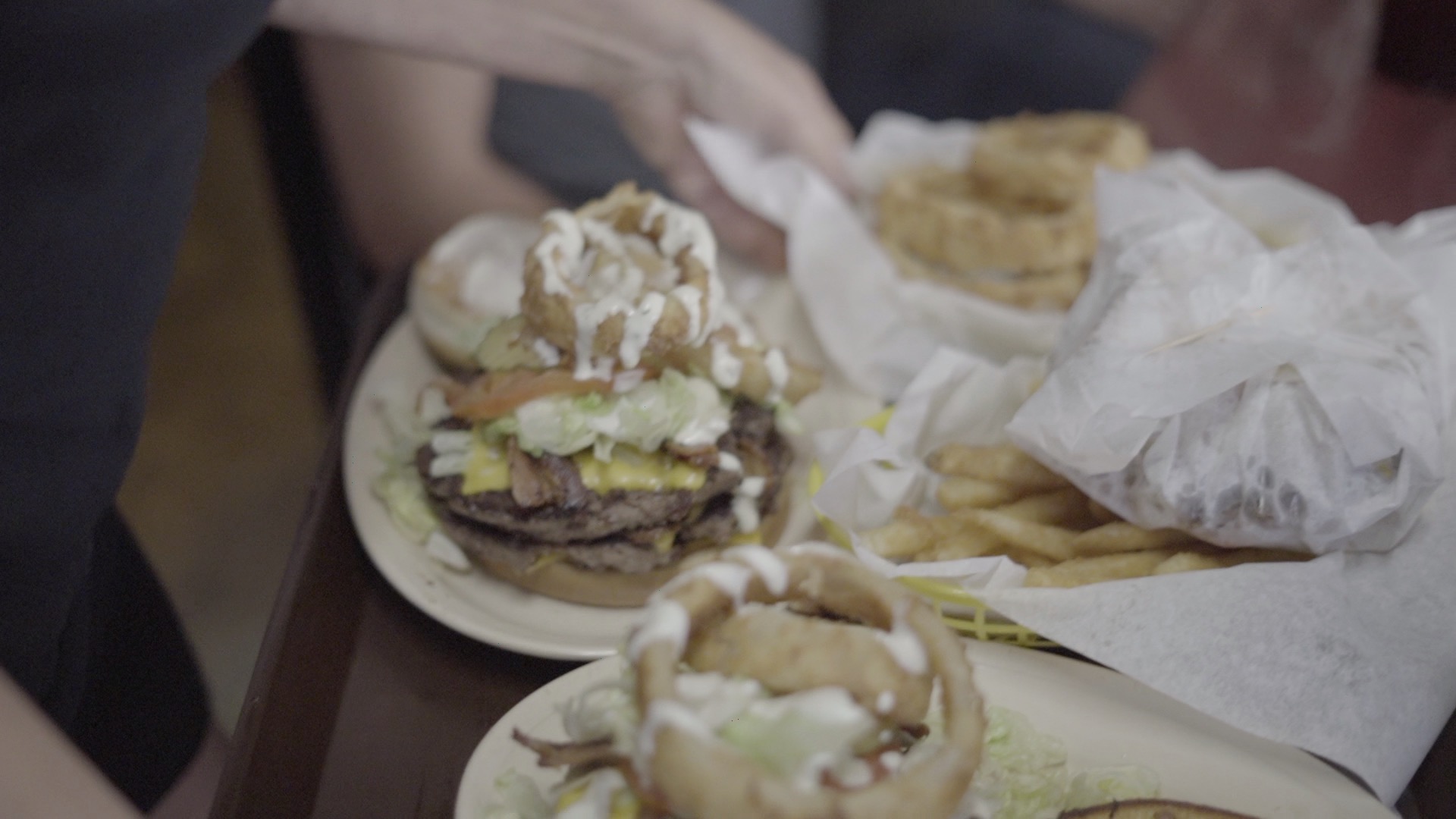 Texture:
Caleb – The first-bite impression of this specialty burger had a crunch to it. I like that a lot! Bacon’s not supposed to be chewy and stuff, so a 5 for texture.
Chris – I second Caleb’s motion on texture and gave it a 5. My first-bite impression is, in spite of all the different things going on with it, all worked together as a great and wonderful whole.
Mike – Five-star rating for texture. Held together well, with a nice, crispy edge to it.

Taste:
Caleb – I’m going to give this a 4. It’s good but doesn’t send me over the edge to say this is the best burger I’ve had in my life. There was not anything in it I didn’t like.
Chris – I’m more of a simplicity is beautiful kinda guy with burgers, and many things, so I’m giving this a 4. It’s great, but I’m a no-frills type.
Mike – I’m going to go with the local knowledge and go with 4 stars. I’m not a jalapeno guy. Overall very good, though.

Overall Impression:
Caleb – I’m going to say this is a 4. Coming out of the kitchen it looked awesome, and it was stacked so high, I wondered ‘How am I going to fit this in my mouth?’ but I did.
Chris – My overall impression, I’m going to have to go with a 5. This thing is just mammoth. Words can’t adequately describe the architecture of this burger.
Mike – I, too, am going to have to go with a 5-star rating. Even though I’m not a jalapeno guy, the presentation of the burger coming out was super. The ingredients are fresh. Everything is super-good. 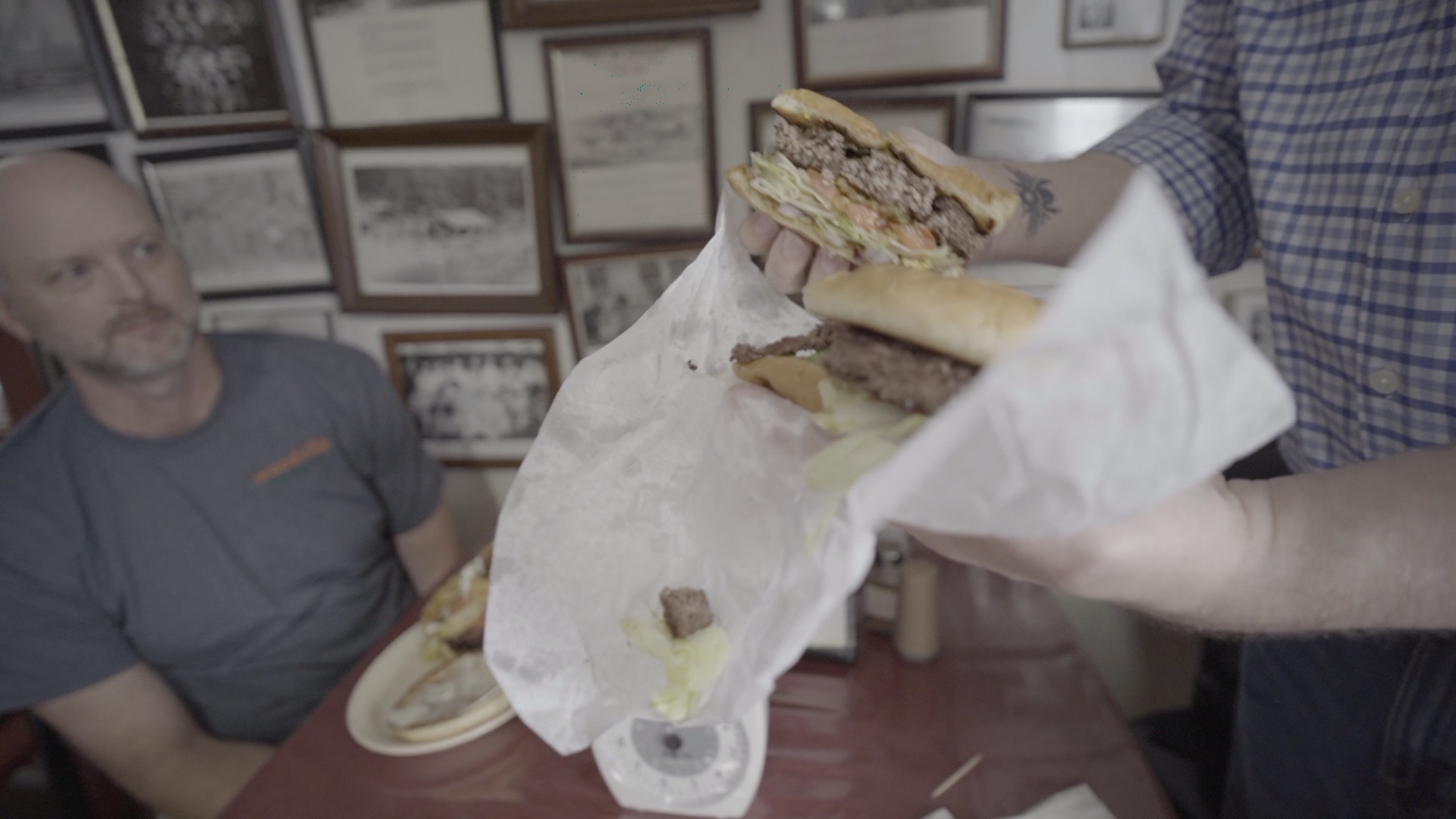 The Homestyle Burger was up next. It weighed in at a hearty 12 ounces.

Texture:
Mike – I think I’ll go with a 4-star rating. The bun was a little more than what I think it needed to be for the burger itself.
Chris – I’m going with a 5 for amazing. For me it’s all about that meat, with its perfect char and it holds together so well. Wonderful!
Caleb – For me it’s a 3. Not bad, but a little dryer than I wanted it to be.

Taste:
Chris – I’m going to have to go with another 5. The blend of the perfectly cooked meat, the red onion and other fresh condiments just make for a classic, great taste.
Mike – I’ll go with a 4-star rating with the taste. Everything is very fresh and very good, but maybe because I’m following up the Bulldog Burger which had an explosion of taste, and this one just doesn’t have all of that flavor in it. A tough one to judge because of the order we ate.
Caleb – I gave it a 4 for taste. It’s good. The onions give it a sweet flavor. It’s a good burger with a nice little char on the end.

Overall Impression:
Chris – I tried to cast bias aside, as this is the burger, I ordinarily always order from the Burger House. With that in mind, I gave it a 4, overall,
Mike – I’ll give it a 4 overall, to remain consistent. Everything is super-fresh and came out of the kitchen with a great presentation.
Caleb – Gave it a 4 overall. It’s good and coming out it looks like a burger. Nothing crazy about it and following up a specialty burger is hard. Maybe next time we’ll do the homestyle first.

Overall, here are the tabulations from the three judges’ votes for the Burger House fare: